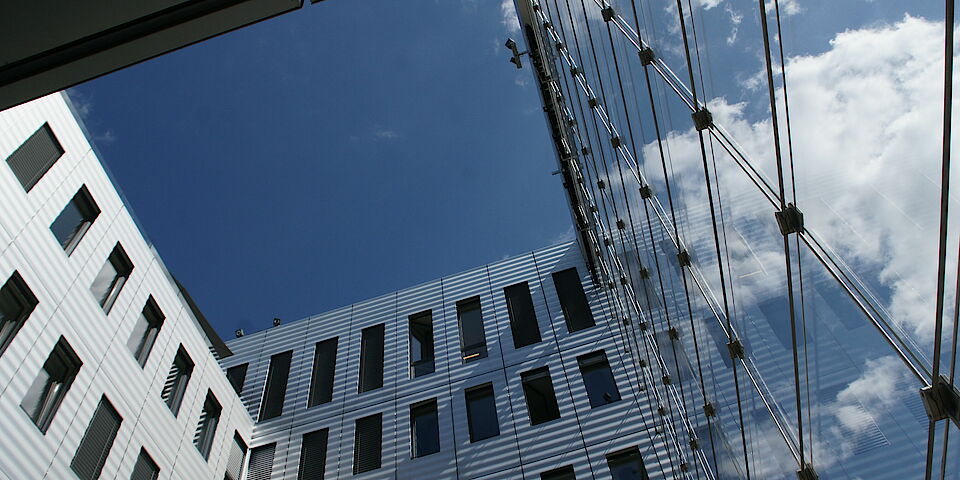 Founded in 1910, the Swiss Economic Archives (SWA) is today the national competence centre for economic archives and economic history. It is an archive and a documentation centre. It is part of the University Library Basel together with the University Business and Economics Library. It is supported by the Foundation for the Promotion of the Swiss Economic Archives (Stiftung zur Förderung des SWA).

Past theme evenings at the SWA

Publications about business and economics archives and about the SWA

Literature on the holdings

The SWA has existed since 1910. The title "Sammeln - ordnen - vermitteln: SWA Schweizerisches Wirtschaftsarchiv 1910-2010", a handy and beautifully illustrated festschrift, provides a historical overview. The festschrift recounts why a Swiss economic archive was founded in 1910 and what challenges the employees have faced over the past 100 years. The intensive support of users, the acquisition of new holdings and space problems are the most important constants of this development.

Why a Swiss economic archive?

Founded in 1910 by Basel personalities from business, politics and culture, the Swiss Economic Archives (SWA) fulfilled two functions from the start: providing business and the public with current business and economic information and the collection of archives from private business.

The "Archiv für Schweizerische Wirtschaftskunde und Wirtschaftsgeschichte" was founded on 12 October, 1910 by resolution of the government council of Basel-Stadt under the abbreviated name "Schweizerisches Wirtschaftsarchiv (SWA)" as a department of the State Archives. The State Archivist Rudolf Wackernagel had, however, also taken on non-state archives since 1877 and created an extensive collection of printed matter, which was the starting point for the current document collection.

Under the first full-time head of the SWA, Prof. Dr. Fritz Mangold (1871 – 1944), full professor of statistics and a member of Basel’s government council, the SWA was separated from the state archives in the early 1920s. However, it remained in the Department of the Interior of the Canton of Basel-Stadt.

Even after the move to the newly built Kollegienhaus of the university in 1939, there was still an acute shortage of space for users and holdings. In order to better facilitate its mission in the education and research sectors, the SWA was separated from the Department of the Interior in 1943 and was placed under the Department of Education. As a result, the SWA became less and less an archive in the traditional sense. The company and association archives lost their importance, and the focus of activity shifted increasingly towards becoming a documentation centre and special library.

Affiliation to the University Library

In 1976 the SWA became affiliated to the Public Library of the University of Basel (UB) while maintaining its independence. In 1988 it merged with the departmental library for economics and social sciences, which was located in the newly-opened Wirtschaftswissenschaftlichen Zentrum of the University of Basel (WWZ) at the Rosshof on Petersgraben. The new institution operated under the double name “WWZ-Bibliothek/Schweizerisches Wirtschaftsarchiv".

Since then, the historical archives have again gained in importance, which has led to a doubling of its holdings since 1993. In addition, the individual titles in the document collection could be re-catalogued for online access, as were old periodicals, and access to the subject documentation was modernised thanks to a new classification scheme.

In February 2009, the WWZ-Bibliothek and the SWA moved together with the Faculty of Business and Economics from the Rosshof on Petersgraben to the Jacob Burckhardt-Haus near the Bahnhof SBB. As part of the standardisation of the names of University Library branches, in 2013 it was renamed "Universitätsbibliothek Wirtschaft - Schweizerisches Wirtschaftsarchiv" (University Business and Economics Library – Swiss Economic Archives) or abbreviated, "UB Wirtschaft - SWA".

Founded over a hundred years ago, the SWA today constitutes a branch of the University Library together with the special library for economics and social sciences (University Business and Economics Library). The Foundation for the Promotion of the Swiss Economic Archives (Stiftung zur Förderung des Schweizerischen Wirtschaftsarchivs), established in 1963, functions as an interface to private business and helps secure private archive collections.